﻿﻿ The Assault Of Reductionism On Architecture | FACULTY OF DESIGN AND ARCHITECTURE 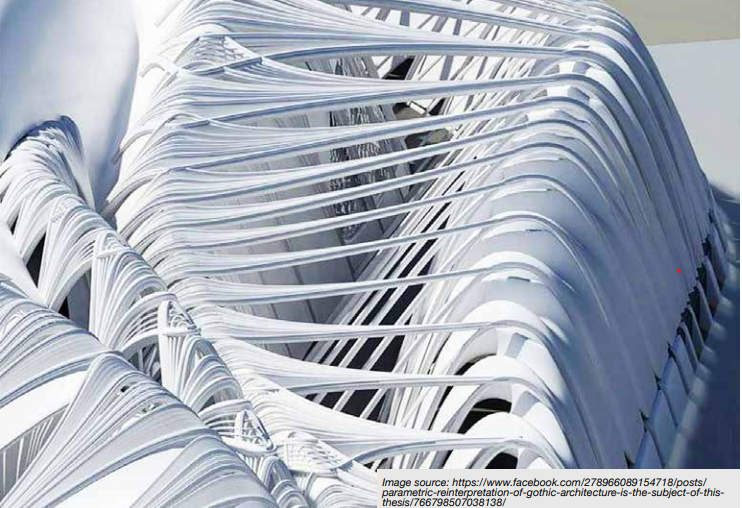 Under the onslaught of reductionism and scientism paradigm, contemporary architecture is often reduced to the business of organising building materials to meet specific needs. The technological aspects of architecture, be it in the optimisation of structure and materials, or providing environmental comfort for occupants, or maneuvering project cost, has always benefitted tremendously from the adoption of reductionist mentality. Scientific advancement in various fields under the wide banner of industrialisation has enabled architecture to progress towards greener and environmental friendly one. This reductionist approach has to a degree rub-off on the psychological domain of architectural design process. Where designers would isolate and focus on specific parameters while designing a building. The need to balance cost, materials, comfort, site context, climate, and local requirements made the task daunting. However, this need to juggle between enormous amount of physical needs and constraints are being made easy with the help of computing tools. From an outsider point of view, architecture is the next discipline where A.I. domination would take place.

The other facets of architecture, the intangibles: symbolism, representation, connotation of meaning, evocation of emotional response, provision of psychological retreat, seduction of the senses, are less susceptible to the manipulation of reductionist approach. Nevertheless, this article would like to argue that in an age where reductionist thinking begin to take hold of humanity, the skills to harmonise the intangibles are often pushed to the sides of an architect’s palette. There are evidences that contemporary architects are not as conversant of the existential aspects of their design compared to those of the earlier generations. Meaning and symbolism in architecture are pushed to the wild sanctuary where they may soon face the threat of extinction. What is left would be the ghosts of the great past. The architectural landscape would be littered with awkward imitation of past heroes from modern, post modern, neo modern or even deconstructivism, the last of which can be found at the end of the 20th Century. Even then, the last phase of contemporary architecture, deconstructivism, or its counter style, phenomenology, are basically reactions against modernism yet again.

The popular keyword in architecture now, as in many other disciplines, is IR4.0. This shows how much humanities has been reduced, down to the means of production, rather than an ontological exploration of meaning. However an interesting development of late, parametric architecture, seek to establish meaning from the benefit of IR4.0. It brings new enthusiasms to the notion of form follow function. Nevertheless, such development is not significantly new, as the principles has been explored as early as Gaudi.

What is the next phase of architectural evolution? This question seems to be rather a moot one, in the current climate of reductionist, capitalist and industrialist friendly world. It doesn't matter whether you have meaning, or philosophical ground. Intangible architectural skills now has been reduced to the choice of form or skin, which can be made from the catalogue of great styles of the past.

Note: Republished in Sensasi FRSB with permission from author from https://fikirbina.wixsite.com/gali blog.

Connecting with Nature to Improve Health and Well-Being