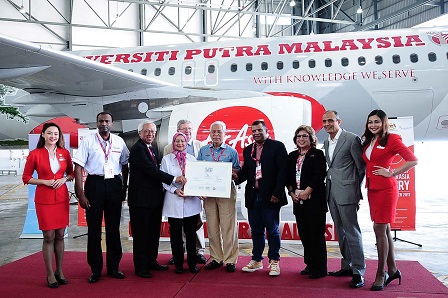 SEPANG, Sept 12 - Universiti Putra Malaysia (UPM) launched an aircraft livery with strategic partner, AirAsia, Asia's first low-cost carrier, based in Malaysia. The livery which was designed by the Faculty of Design and Architecture of UPM is displayed on one of AirAsia’s aircrafts.

The idea of UPM designing an aircraft livery for AirAsia, came about as a result of a discussion between UPM’s top management led by Vice-Chancellor, Prof. Datin Paduka Dr. Aini Ideris and AirAsia’s Group Chief Executive Officer, Tan Sri Tony Fernandes in AirAsia’s office on 20 June 2016.

Prof. Datin Paduka Dr. Aini said that the livery displayed Universiti Putra Malaysia's brand on an Airbus A320 aircraft with a flight number, 9MAQD.She then commented that this was a non-commercial initiative and the aircraft can be seen flying over Malaysian airspace since 2 August 2017. 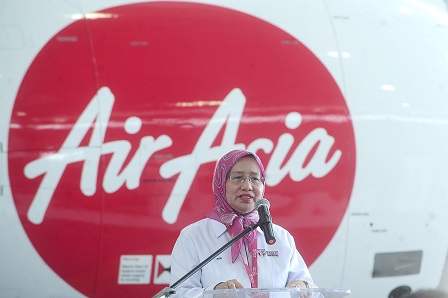 "As UPM’s strategic partner, Tan Sri Tony had set aside the commercial aspects of this project but had stressed on the importance of knowledge and why institutions of higher education should be uplifted," she said.

She also added that Tan Sri Tony's high impact contribution and feedback to UPM-AirAsia's strategic collaboration, had resulted in student and staff mobility programmes, AirAsia's high-flyer internship programmes and academic collaborations of executive and research programmes that were aerospace centred. 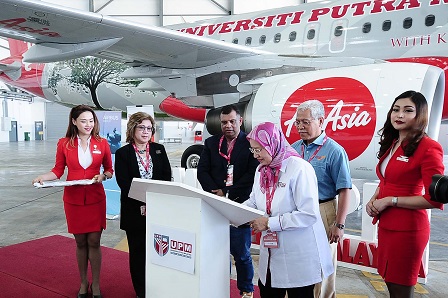 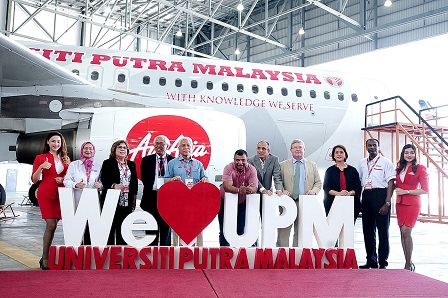 “We are grateful and thankful to Tan Sri Tony and the management of AirAsia who have allowed UPM to display its livery to fly high in the blue sky,” she declared.

"A sincere gratitude is also dedicated to sponsoring partner, Sepang Aircraft Engineering (SAE), an airbus company who has provided an aircraft hangar for today’s ceremony,” she added.

"UPM would also like to thank the Minister of Higher Education, Dato' Seri Idris Jusoh for his commitment, support and assistance in the brainstorming of the CEO@Faculty Programme," she said. 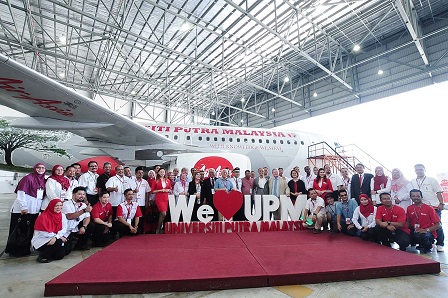 Tan Sri Tony was appointed by the Ministry of Higher Education as one of the chief executive officers in the CEO@Faculty Programme in UPM for the years 2016/2017 to share his experiences and knowledge in relation to the corporate world with UPM students and staff.

On 19 April 2016, Tan Sri Tony shared his experiences with UPM residents in Serdang and had received great reviews. He then announced UPM as AirAsia's Official University. 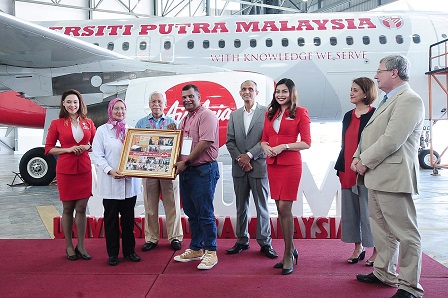 "The livery on AirAsia’s aircraft had indeed embraced UPM's conceptual image, motifs and the corporate colours of UPM's official logo. A Rain Tree motif was also added to feature UPM as the number one green campus in Malaysia,” she revealed.

"The iconic UPM Rain Tree or Entrolobium Cyclocarpum located at the university’s Agricultural Park is often used in television films, newspapers and magazines,” she disclosed. 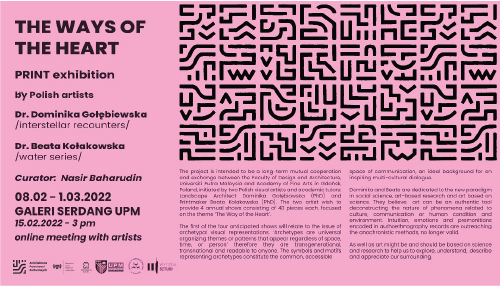 PAMERAN ” THE WAY OF THE HEART” 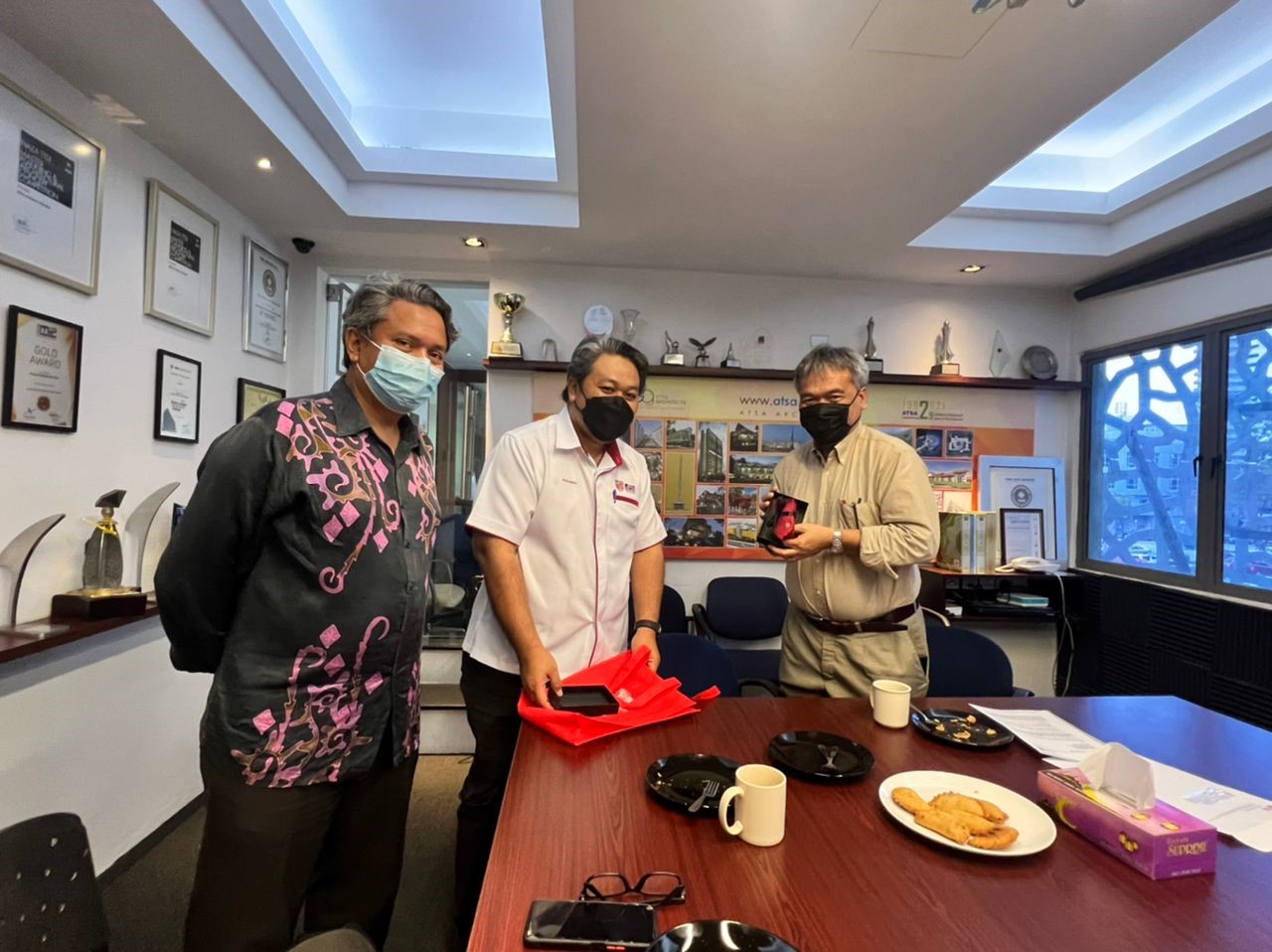 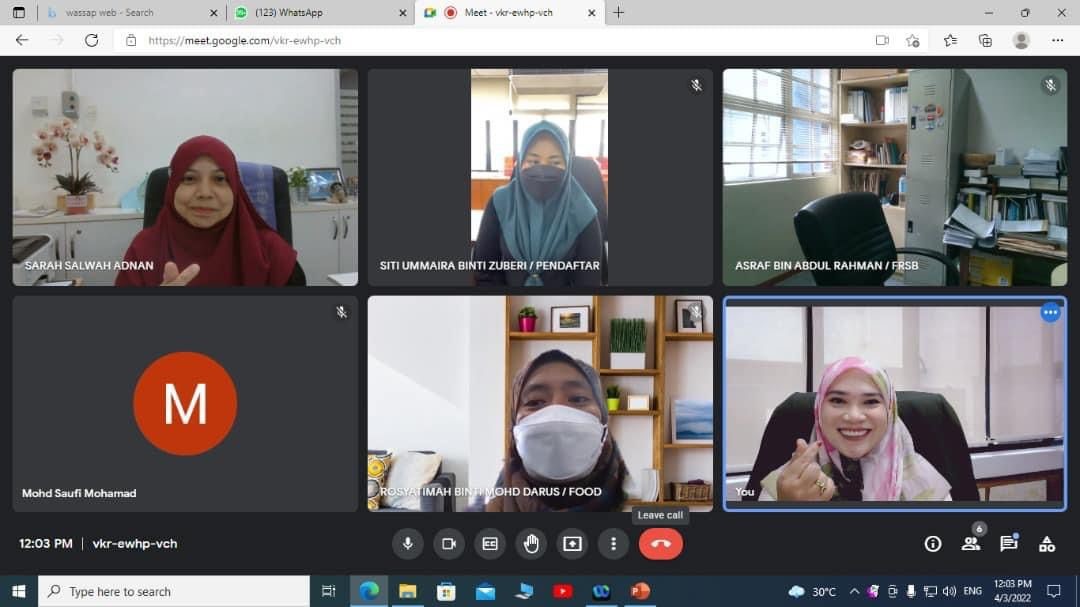